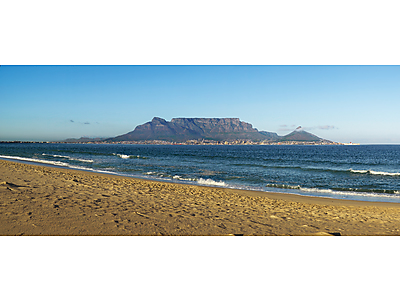 Good article to set up some background to this Group

The City of Cape Town has recently joined a growing number of cities with open data policies (as of September 2014) and under this policy has launched a portal that allows the public as well as private organizations access to vetted internal information. The data sets made available include geographic information, local air quality, rapid transit bus routes, and budgetary expenditure.

Open data initiatives, where internal data produced by cities is made freely available for public use, have seen huge growth around the world. There are 431 open data portals listed at the website dataportals.org, including the African portal openAfrica.

Open data development has happened in sync with the push towards ‘smart cities’, and has been driven by functional developments, such as access to cheap bandwidth and online storage, and citizens becoming more technically sophisticated online users who demand access to up-to-date information. In the eyes of cities themselves, the larger vision is of the real-time city, where we are able to understand what is happening in our cities instantly rather than waiting for the publication of out-of-date demographic data.

The core arguments made in support of opening up public data is that doing so facilitates improved government transparency and helps foster innovation. Beyond that, the hope is that giving people access to open data will mean that new information is produced by a wider array of sources. Open public data becomes the framework off which truly useful information is created and provides an up-to-date and deeper understanding of how people are engaging with the environment around them.

Improved transparency within government organizations is hard to argue against, and the ability for open data to produce innovation in the public space has been shown to be effective. Providing access to government and city data means that private organisations and individuals can spot the potential to launch services based off of it. Examples include applications that alert users about local air quality, the worst places to park in the city at certain times, and passively collect road quality data. With cities becoming sites that are progressively more complex and competitive, any tools that help us interact with them in an informed and positive way is a step forward.

The open data being provided has intrinsic value, but it is only in observing its transformation and how people interact with it that we can gain deeper insight. Knowing where all of the various transport interchanges are located around the city is not particularly useful information, besides being able to spot statistical abnormalities. Yet the instant you know how and when people move between these spaces you have actually learnt something about the city and gained the ability to positively intervene.

Presently, due to the licensing models used for most open data initiatives, this derivative information is not becoming part of the broader open data initiative. This secondary layer of data, which shows how people actually interact with the urban environment, is often produced by private organisations, which have limited reason to share it.

For example, transport apps like Uber use a number of public record sources, like street and traffic data, to inform their algorithms and business models. They also gather data from my account as a user, open data public data, and their wider user base. Uber then presently has more knowledge about how I move around and interact with the city than almost anyone. Access to information like this could revolutionize how we go about planning and thinking about urban environments.

Yet, even when using public data as part of their tools, anything organisations like Uber learn from open data instantly becomes knowledge that is part of their competitive advantage. This ignores the fact that the pubic has provided the core information being used, and are now supporting the not insignificant cost of collecting and cleaning this data going forward through paying taxes to government.

We cannot control, nor should we want to, private organisations and the services they deliver for the general public. Yet the derivative data they are producing might have more intrinsic value than the services being offered. If people continue bearing the cost of providing open data resources then finding a licensing model that encourages the reciprocal sharing of information, from the private back to the public realm, would be beneficial to cities around the world. It has the potential to drive not just economic innovation in our cities but civic innovation as well.

Models for data use and sharing

If cities are going to engage smartly in open data initiatives, and leverage useful derivative data, there need to be licensing models available to them that allow them to support innovation, while also benefiting directly, growing and improving as institutions because of it. The licenses used by the open source software movement offer useful insight.

The City of Cape Town is at the moment providing free open data access to information it provides through the portal, with an open license that establishes its indemnity as well as politely requests attribution, but does not guarantee data accuracy. There is a loosely defined intellectual property rights clause, but at present any data taken from or derived from these databases can be used and redistributed however. There does not appear to be anything limiting the resale of it either.

The licensing model that would be most beneficial would give access to the open data, allowing it to be used by anyone for any means, with the requirement that when it is used it is attributed, and the existing open license transfers onto any derivative database (ODC Open Database License ODbL, achieves this). This would stop the resale of public information for a profit, with the profit for private organizations based around providing derived services.

This would do much to create a more positive open data environment, but does not guarantee reciprocity of information. Unless directly accessible by the public, derivative databases remain private information due to the fact that things like smart phone apps and websites connect to the databases remotely. The legal debate around linking to attributable share-alike databases is ongoing. However, there are licensing models available that limit the ability of organisations to derive financial benefit from the licensed information without having to release their improvements or derivatives to the community that enabled them (GNU Affero General Public License and the Reciprocal Public License).

At present there is not a single licensing model that meets all of the requirements for a truly open data initiative, but these are issues being faced at present and will continue to become more prominent as open public data increasingly fuels our cities.

Mark Jackson is an editorial intern at UrbanAfrica.Net with a background in environmental sciences as well as city and regional planning. He is presently studying at UCT in the engineering and built environment department, doing research into the project management success factors behind large scale urban developments.

There are no comments

Good article to set up some background to this Group